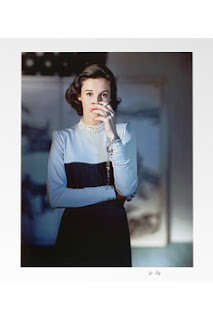 As I was reading my 5th Avenue, 5 A.M. book, I started thinking about closets.  Why did a book about Audrey Hepburn and Breakfast at Tiffany's make me think about closets?  Because one of Truman's possible inspirations for Holly Golightly was Barbara Cushing Mortimer Paley, a socialite and American fashion icon.  Barbara "Babe" Paley made the best dressed list fourteen times before being inducted into the International Best Dressed List in 1958.
At one point, Babe was a Vogue fashion editor.  After her first marriage ended in divorce, Babe married William S. Paley, the founder of CBS.  Before her marriage to Paley, Babe dressed in high fashion largely thanks to her position at Vogue.  After her marriage, her wardrobe only expanded, as she would often buy entire haute couture collections from designers such as Givenchy (designer of the famous LBD in Breakfast).  She was (and arguably, still is) an inspiration to millions of women everywhere.  Have you ever casually tied a scarf around your handbag?  Babe is to thank for that; one day she nonchalantly tied her scarf around her purse to free up her hands, was photographed, and within a week a trend was born. 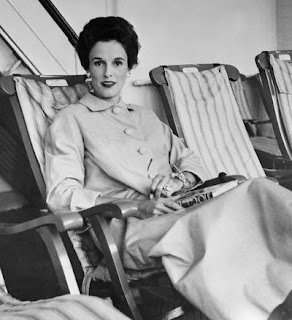 In his book, Sam Wasson talks about the "labyrinthine dressing room of hidden closets containing over a hundred drawers, each one lined with pale blue stripes and labeled according to their contents.  There were six that had nightgowns alone..."  I would love to see pictures of that closet (she had more than one closet, of course, since they had at least three other places they called home during various times of the year.
Originally this post was going to feature amazing closets, but as I was writing and researching Babe Paley, I decided that she deserved her own separate post.  She continues to be a huge influence in the world of fashion, and she is a major fashion icon even if much of the general public doesn't realize it anymore.  As Truman Capote once wrote, "Babe Paley had only one fault.  She was perfect. Otherwise, she was perfect.”

p.s. On an unrelated note, I'd like to say congratulations to my friend Jared Blake (from NBC's The Voice) on the release of his new single, "Don't Mind" which comes out today!  You can purchase it on itunes and Amazon.
Pin It
Posted by Rebecca and Lori at 7:23 AM