mentalfloss
I have been watching a lot of "The Dick Van Dyke Show" re-runs in the morning as I get myself and my daughter ready for the day.  I have been really struck by how adorable Rob and Laura Petrie are as a TV couple!  Also, Mary Tyler Moore's style on the show is just wonderful.  Her clothes are gorgeous.  She is gorgeous.  I wish I could have found two specific images for cocktail dresses she had, but no (insert pouty face).   Take a look at some the darling examples I was able to find, though. Not only did she look beautiful and pulled together, but she could sing and dance as well as handle comedy gracefully-in a style all her own.  Amazing. 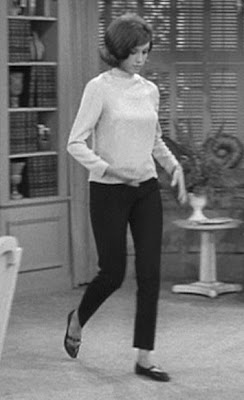 pinterest
I would love to own any of those outfits!  I think it's pretty fantastic that I can say that about a 1960's TV comedy star's wardrobe!

I can't believe this is our third time linking up with The Vintage Apple for Oh, How Pinteresting.  I really like this little feature; it is fun!  So a big thanks to Michelle for the link up.
This week, my first three pins have a decidedly preppy feel.


I love that scottie dog sweater- don't you? It reminds me of the one I wore here, but the cute factor has obviously been upped. I also love that little girl in the second pic; how great is her jacket?! My Cat has a fantastic blue "fantasy jacket" that we got her from ZARA last year. My ultimate piece would be a Chanel jacket.
And how about that third picture of Olivia Palermo? This look is perfection. I love how effortless it is, but so. damn. chic. LOVE!

So, isn't that artwork in the fourth pin fabulous?!  Kristen, from Just a Girl and her Little Dog, posted about the artist, Ingrid Van Der Kamp, earlier this week.  I love the use of gold in the pictures; they are so simple, yet stunning.
I had to include a little bit o' Audrey.
This last pin- really great words to live by, no?  Sometimes I feel like I'm getting a little stagnant.  I need to remember that there is always room for improvement.  Who doesn't want to improve, to be better at whatever it is they like to do?  So that is my ending pin, with which I will bid you adieu.  I hope you are having a fabulous week so far, and if not, at least it is already half way over!

albumoo
I am all about pretty.  You can't get much prettier than a good floral!  It is so girly and celebratory of the warmer months.  Don't be afraid of mixing florals either; they aren't serious so have fun with it.  There are so many wonderful floral prints this season. In this outfit I have mixed 4 different florals.  I think it works because all the colors go together even though the patterns are very different.  I have worn the top and jeans with boots (along with my trench) for work on one of these past cool late-winter days.  Here I am projecting how I want to wear it when it warms up just a bit more. 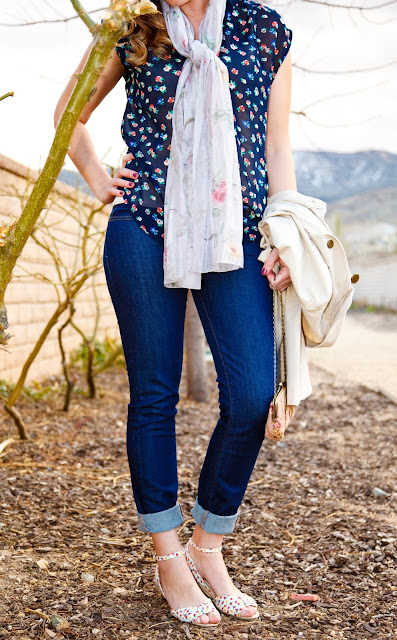 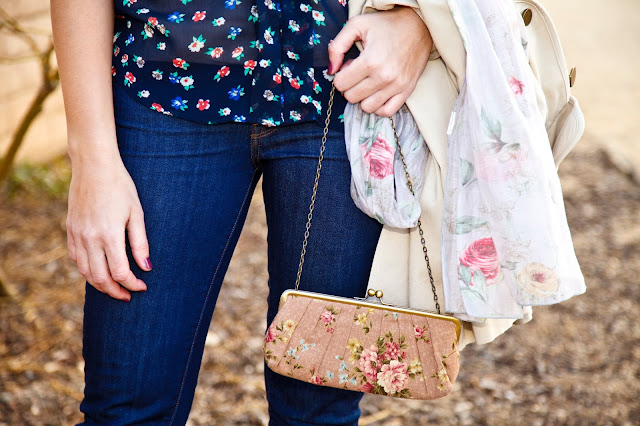 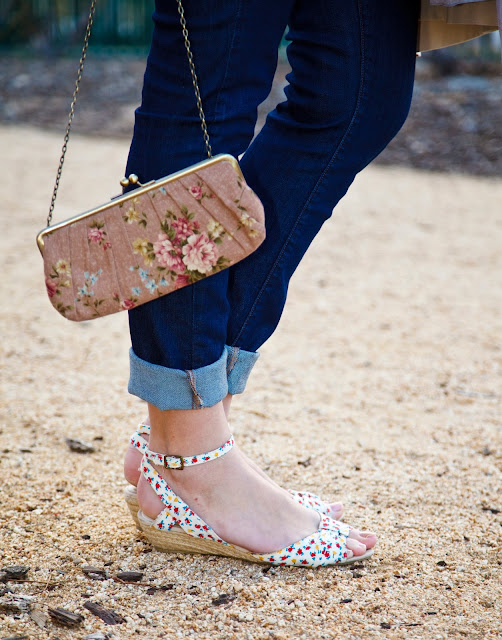 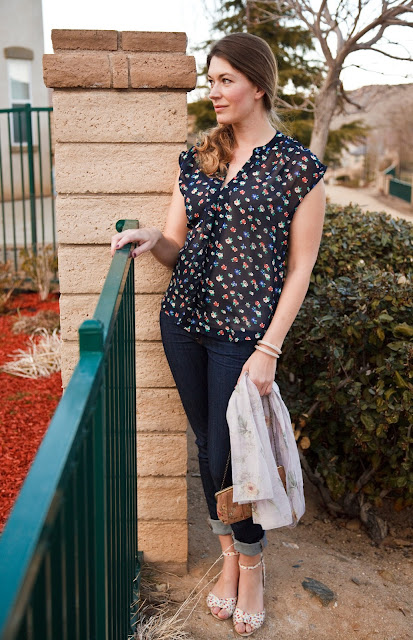 Photos by Kyunmoo Ryu.  Thanks again!

Email ThisBlogThis!Share to TwitterShare to FacebookShare to Pinterest
Labels: florals, layering florals, outfit of the day

Outfit of the Day; Happy Monday!

So.  Monday.  Again.  This weekend went by quickly, with Saturday spent running around Los Angeles with one of my best friends, her boyfriend, my sister, and the Cat.  We started off in Sherman Oaks, went to a recording studio where we got to see some of the talented members of Elvis Monroe working on a couple of songs, went to lunch, headed to Melrose (where I finally got some waxed jeans!), headed to Jet Rag Vintage, and ended the night with a late meal from In & Out.  Sunday was a lot less busy, with some sleeping in, some pancake muffins, some cleaning, and a run to Target before settling in to watch the Oscars.  I never really watch the Oscars, but for some reason I felt compelled to this year.  I only saw Lincoln.  And the short animated film that won, Paper Man.  I'd like to see the other films.  But, since it is Monday, that means it is back to real life.
Maybe someday I will get to see some of them. 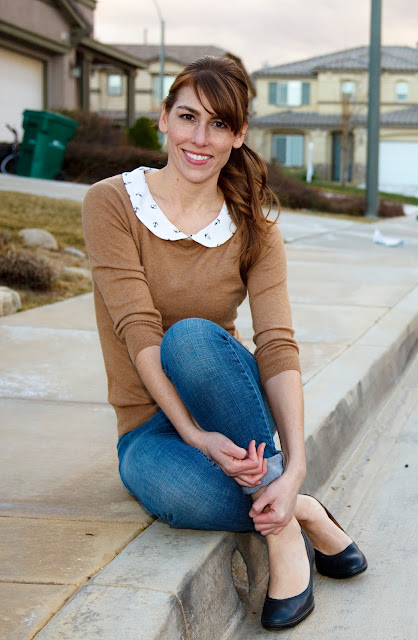 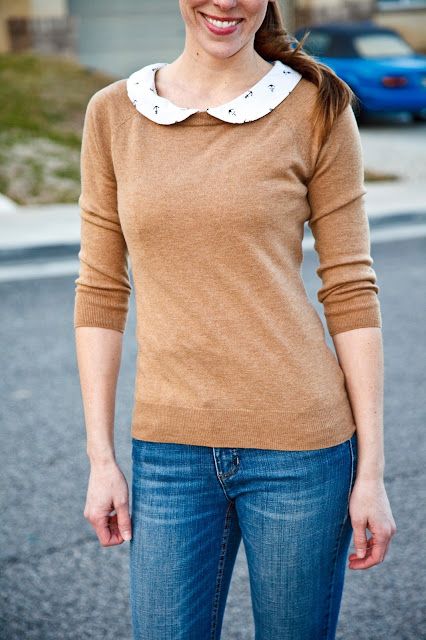 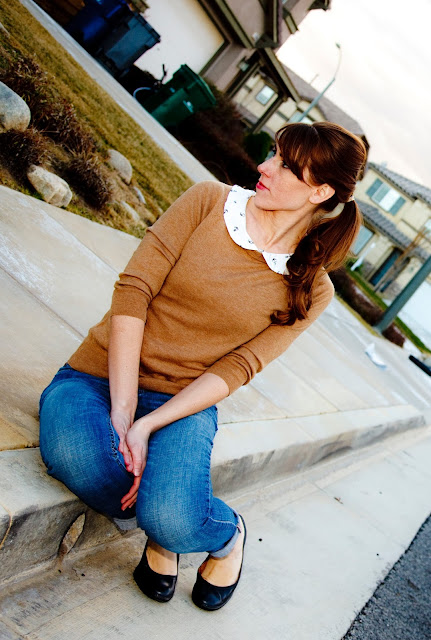 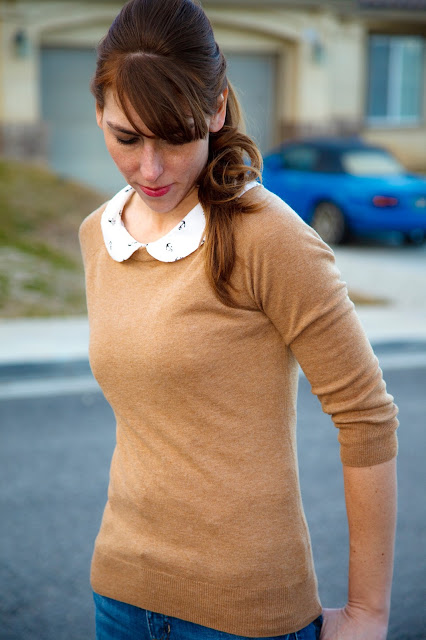 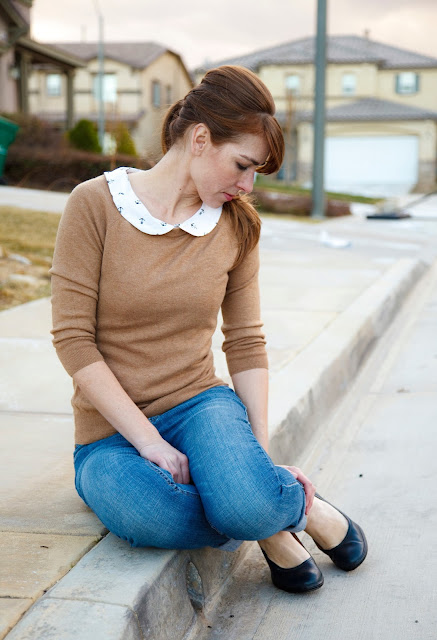 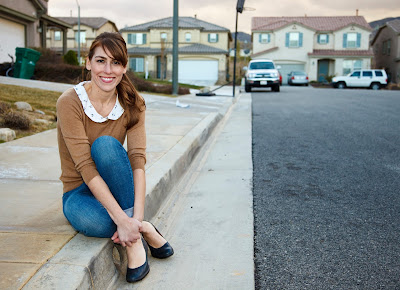 all photos by  Kyungmoo Ryu- thank you!


Anthropologie's new dining and kitchen ware makes me hungry!  I'm loving these sorbet and floral inspired items.  It's time to get stocked up for Spring.  The above dessert plates make me crave lemon bars sprinkled with powdered sugar!

Sorrento platter
How about this lovely platter?  Perfect for Easter brunch.

Hand-Embroidered Etiquette Napkins
I love a cheeky and equally pretty napkin.  These are just perfect for everyday use.

A beautiful mess dishtowel
I think I need this for my kitchen.  No really...I do.

Manchester glass set
I think this is my favorite new item at Anthropologie!  These glasses that you mount onto a kitchen wall:  They will keep your herbs fresh or you can put in a few fresh blooms.  Cute and useful.

Have a sweet Sunday!

Farfetch.com contacted Rebecca and I recently regarding some posters they had commissioned for the Alfred Hitchcock movie that came out last year.  (It's still playing in limited release, with one of the closest venues to us being Utah.  Utah?!  I am in California, and moviefone gave me the showtimes for a theater in Utah.)  Anyway, the posters got me thinking about the featured actresses, which got me thinking about Oscar fashion.  You may be thinking that's quite a jump.  But in my mind, it's logical.
These leading ladies were known for their style- especially Grace Kelly.  And this weekend is the Oscars.  And my best friend Jen surprised me with a phone call on Thursday letting me know that she and her musician boyfriend, Jared Blake (he was on the first season of The Voice, if you watch that show), would be in LA for Jared to play at some private Oscar pre show party something or other.  So I have the Oscars on the brain.  And I am so excited to go to LA to visit with Jen and Jared today! And it's her birthday weekend, so it is going to be even better.
ANYWAY.  Back to farfetch.com.  Here are the posters.

Rebecca did a Halloween post on Tippi Hedren's character in The Birds (her costume is perfect).

To tie in with it being Oscar weekend, I thought I'd showcase Grace Kelly's famous Oscar dresses.
Now it seems only logical that since Audrey happened to be in the last picture, the next picture can be one of her Academy dresses, no?! That's all for me, folks.  Hope you have a great weekend!

Posted by Rebecca and Lori at 4:00 AM No comments: