Unlike many people who love musical theater, I don't hold movie versions to the same standard.  That is, I don't expect to have the same experience from a movie that I would with live theater.  There is no way to compare the two, nor should we (in my opinion).  I believe that both should create in us a strong emotional response even if they go about it in different ways.  On Broadway, we are blown away by a strong and powerful voice and an equally strong acting performance.  As you may know, acting  from a stage and acting for a camera require different techniques.  What am I getting at?  Only this:  I LOVED the movie version of Les Miserables because it did what a movie version of the musical should do.  It told the story in a stunningly effective way even while keeping the musical score.  The acting performances are up-most here, the music secondary, or, supportive.  The opposite is true in theater.  It drives me batty to hear people compare the movie to the Broadway version!  Were you moved by how the movie told the story or not?  Do you believe that it is artistically faithful and that the music worked to support all of that?  Anne Hathaway will never be big on Broadway, yet her sympathetic portrayal of Fantine is wonderful and true to the requirements of a movie.  Don't even get me started on Hugh Jackman's success as Jean Valjean.  Now, if you want to hear me complain (just a little) I will say I was a bit disappointed with Russel Crowe's performance.  Sorry, but he seemed a bit stone- faced for all the internal turmoil of the character.  I know he did it on purpose; it just didn't work, especially during Javert's suicide song.  Good God man!  Show some emotion!


I'm not saying that some of the stars of Broadway wouldn't do well in movies--I'm sure many of them could adapt; which brings me to my subject (finally!): Samantha Barks.  She is a true example of one bright, new, Broadway star with a big voice and [movie] acting ability!  She blew me away as Eponine.  I also just saw her on TV (not in person, darnit-all)  in the 25th anniversary concert of Les Miserables.  She is currently touring with OLIVER!   This young woman (22, from the Isle of Man, UK) has a tremendous career ahead of her. 
These fabulous lyrics allude to my next source of inspiration: "Red, the blood of angry men.  Black, the dark of ages past.  Red, a world about to dawn.  Black, the night that ends at last."

{another side note: the best CD to get for your car? The 10th anniversary concert of Les Miserables.  That's where it's at in terms of musical cast}

I don't want to go off subject too much...but I have to mention that I have done a little research on the Lyricist Herbert Kretzmer, (because I believe the words of  Les Mis to be deeply compelling and I wanted to know more about the man who wrote them).  He is a South-African born English Journalist, besides being an award winning Lyiricist.  One fabulous career is not enough for some people, I guess.  He wrote for the Daily Express as a feature writer and then became Senior Drama critic for the same publication, holding that post for 18 years.  The man as been to 3,000 opening nights!  (source) He adapted Les Miserables, when asked by Cameron Macintosh, from the French version of the musical by Alain Boublil and Claude-Michel Schonberg.  He extended it from 2 hours to 3!
If I've lost you I am very sorry...back to Red and Black!

image via DGV via pinterest .  Originally pinned from Debbi Drybala. 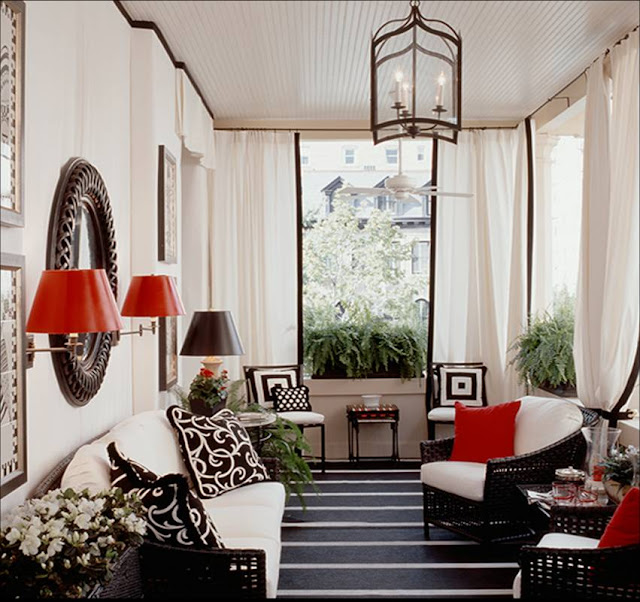 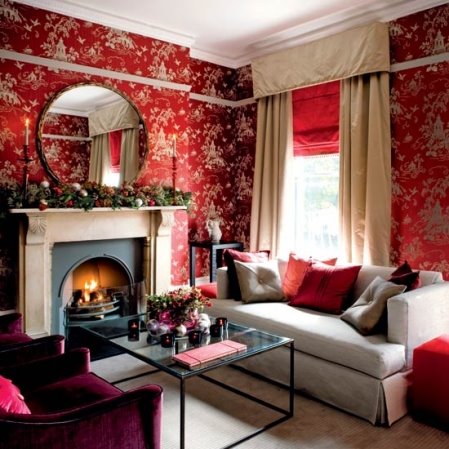 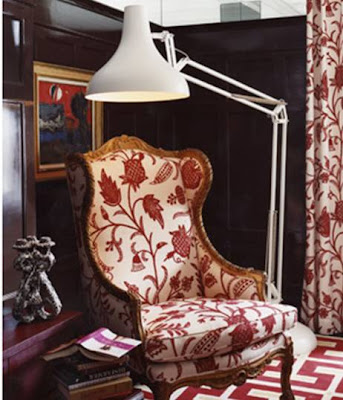 Hope you are inspired by these images of classic and chic red and black.  I usually shy away from any pairing this strong, but I am loving these spaces and I definitely want to wear more red and black.

Pin It
Posted by Rebecca and Lori at 8:00 AM