Over the weekend I was cleaning and repainting the brick around the fireplace.  You know how it is when fire season is over and there is always that black soot.  After I had accomplished this I thought about what I should do to hide the ugly black hole--since the fireplace screen is now packed away until the fall.  I could put something inside the fireplace but it still wouldn't hide the fact that it is an unattractive feature.  I decided that I needed it covered entirely. 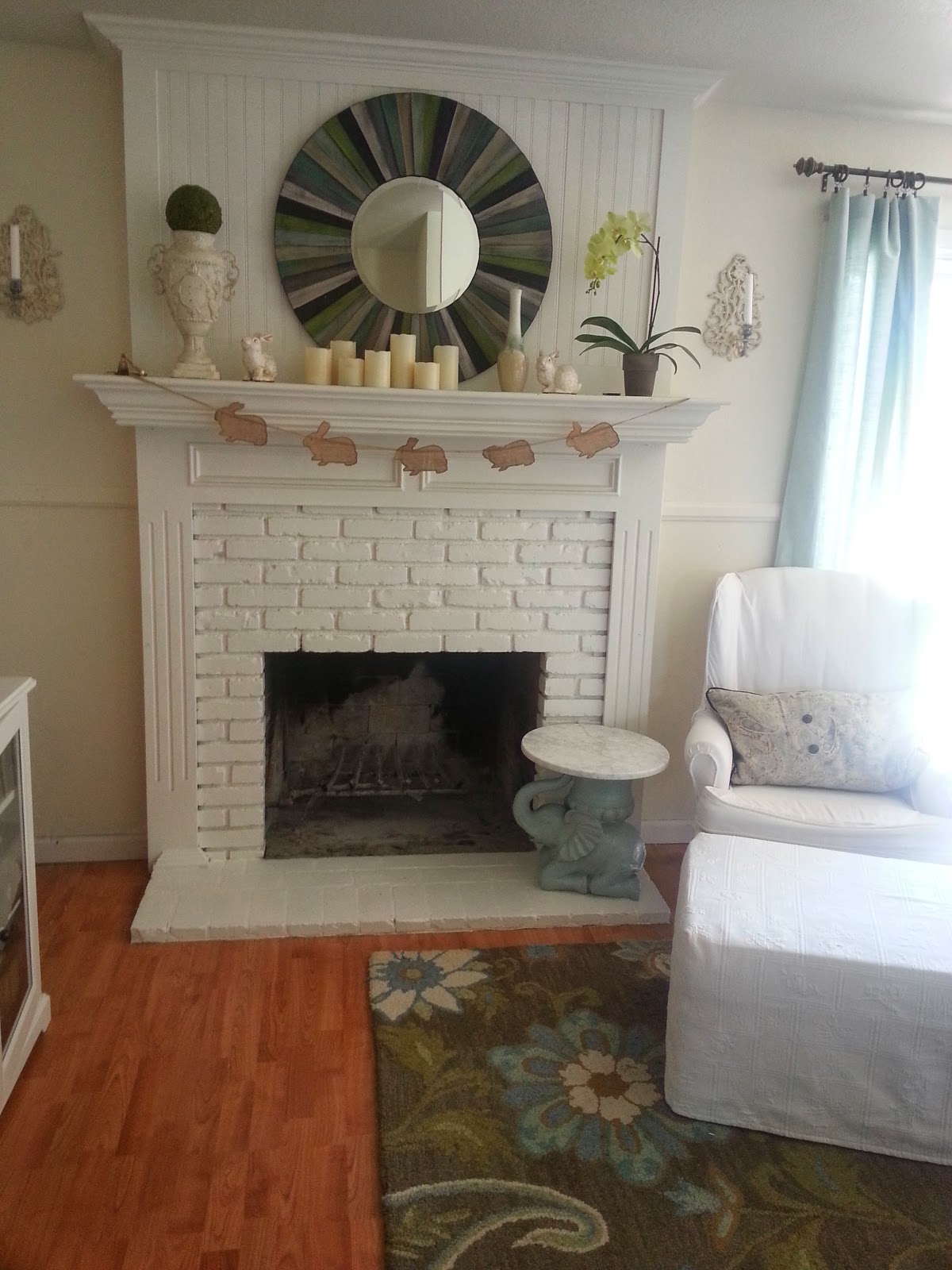 Here it is before.  I know, nothing is really wrong with it open this way.  Throw in some pretty birch logs and there ya go.  I just wanted to try something else. 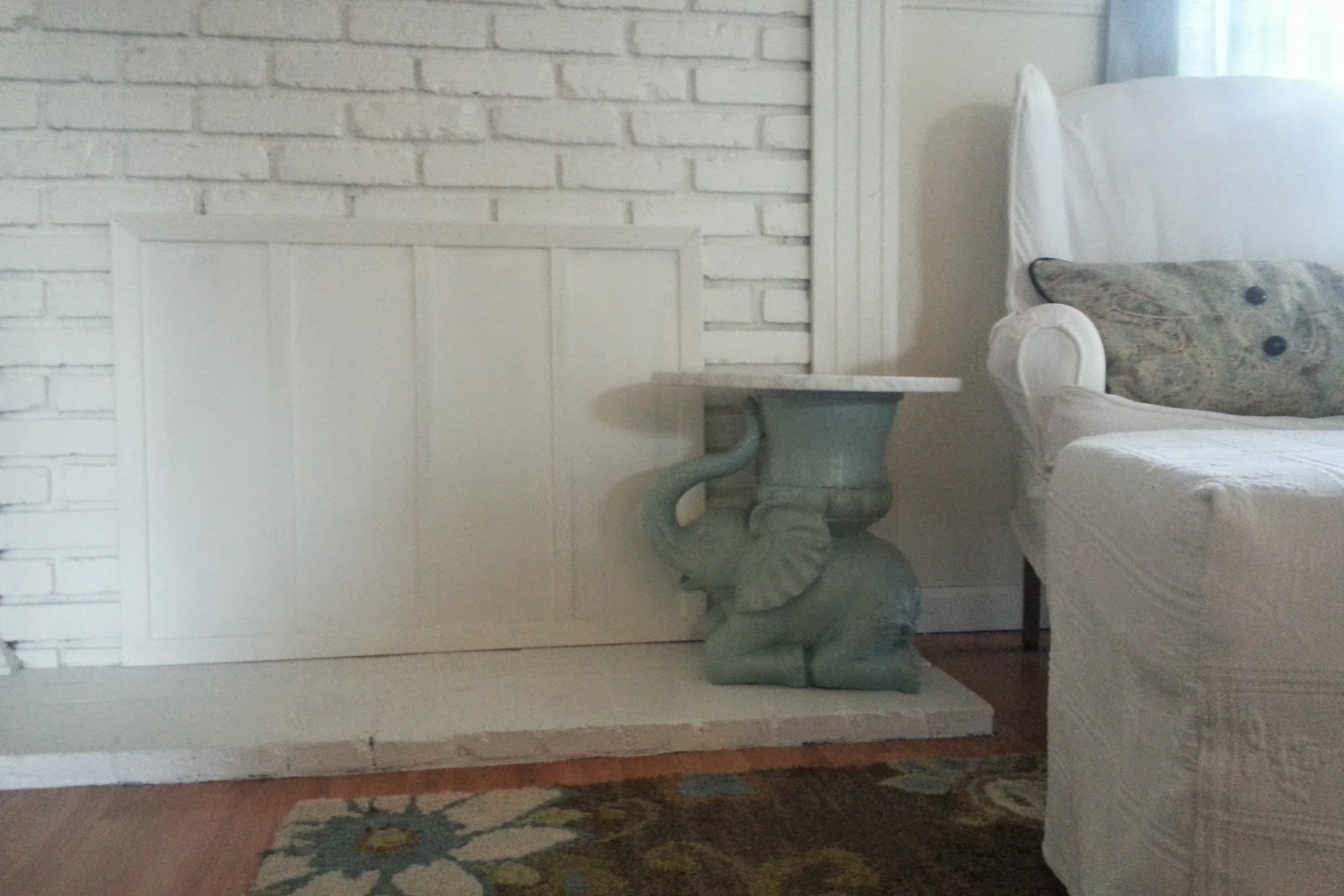 My handy husband had some scrap wood and I threw out some ideas.  I initially wanted a piece of mirror inset and the trim to form stripes over the mirror.  I thought it would be fun and add a bit of sparkle.  In the end we just kept it simple and clean. It's so much nicer now!  I can use this space as more of a backdrop now that the fireplace is not in use.

It was a productive weekend for us!

Pin It
Posted by Rebecca and Lori at 7:47 AM