My little boy is turning 8 on January 5th.  How did that happen?  I swore I wouldn't throw a birthday party this year and tried to talk him into a day trip to Sea World, but he wouldn't hear of it.  He wants a party.  I did it to myself; I admit it.  I'm telling you, it isn't easy to get into party mode directly after Christmas and New Years.  But, party we will.
Britton started making his own movie about 8 months ago to pass the time over Summer break.  He wrote a script, and knew exactly what he wanted from his "actors" (mom, dad, sister, uncle, grandpa, friends).  The name of his movie is Good vs. Evil ...basically his version of Star Wars.  We have all had a blast taking his direction and seeing his passion and creativity come through.  Also, I think it will just be such a great thing to have and look back at in the future.
Since he put so much effort into his movie what better theme for his party than a combination premier/award night?  Here is a peek at a few of the things for Britton's party:

paperboxpress
I found this image on pinterest and thought it was perfect for the party because it keeps the treats contained and organized. Instead of having the kids just grab everything by the handful they have portioned and contained movie candy.  So easy and cute too.

marthastewart
Another pinterest inspiration, this popcorn wreath is perfect.  The only thing I found when making my own is that it is VERY delicate and difficult to work with.  The popcorn breaks really easily.  It looks great though. 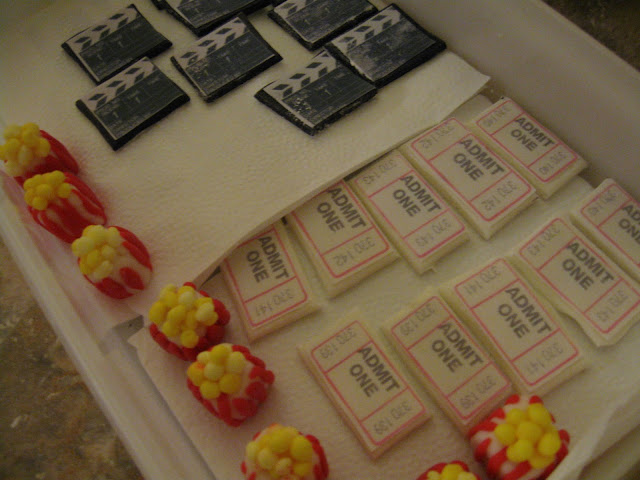 I am so excited about these!  My mom made these fondant cupcake toppers.  I even helped with the little popcorn ones.  This picture doesn't do them justice, they are just adorable. 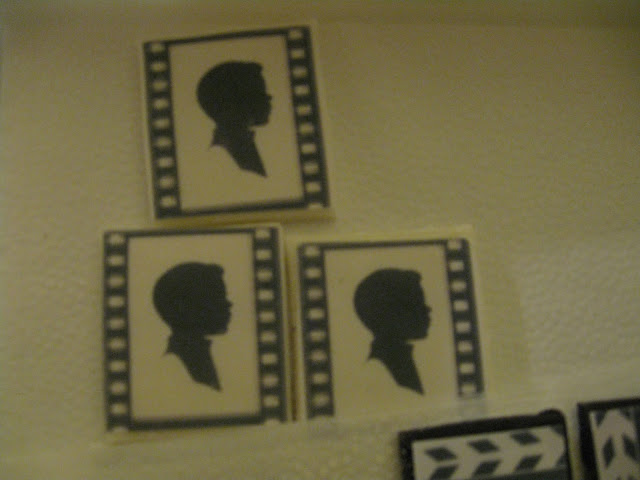 Mom surprised me with these film reel silhouettes of Britton, also for the cupcakes!  I love them so much. 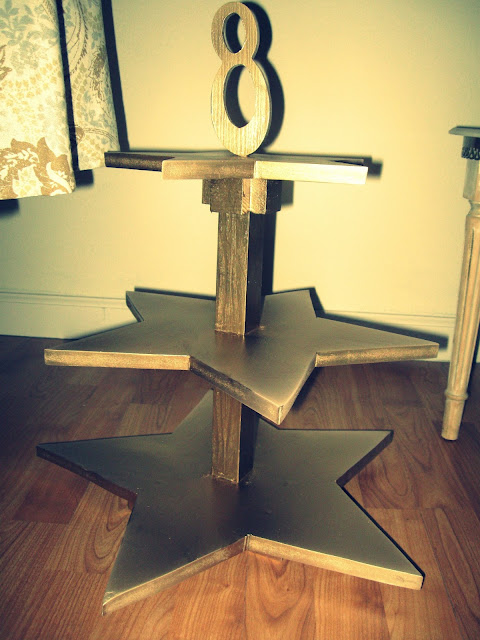 My dear husband made this gold star cupcake stand for the party.  I designed it, but I couldn't build it (maybe someday I will learn).  Until then, thank you sweetie for always making my visions reality--you too mom!

Pin It
Posted by Rebecca and Lori at 9:05 AM