What's That? Another New Book?!

That's right.  I have found another new book that I would like to buy a.s.a.p.  It is a journal called Q&A a Day.  It is a 5 year journal (!!!!!), but it seems completely doable, and not something that I would start and then forget about.  Not that I have done anything like that in the past.  I mean, what kind of a person starts a lot of projects and then just leaves them, unfinished?  Not this gal.  (I say, looking around at twenty million half finished projects.)
Anyway.  This journal is filled with prompts and a little bit of space to answer the questions.  I am planning on getting one for myself and one for my daughter for her upcoming birthday.  I think it will be cool for each one of us to write in the same journal and share them with each other, or if she isn't interested in mine right now, it'll be something for her to have later on.

It got really great reviews, so I am excited to get started on it. 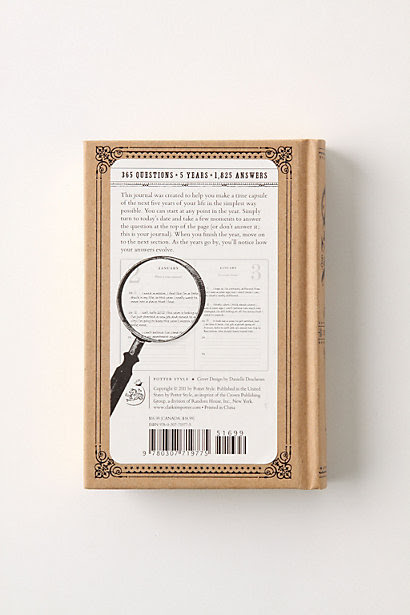 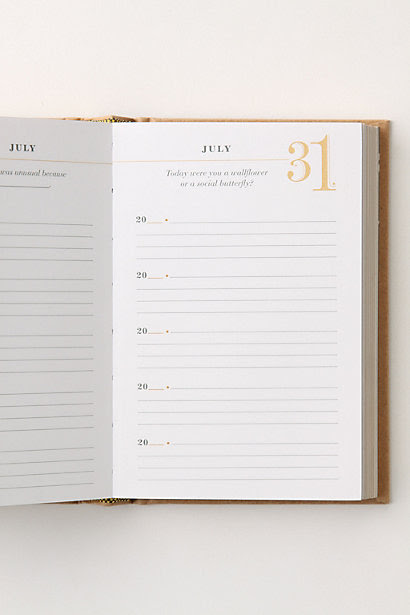 I've done a little more hunting around and discovered that the same publisher is going to be releasing a journal called Q & A a Day for Kids (a three year journal), but it won't be released until October!  Damn it.  I don't want to wait that long.  But I'm thinking that I might go ahead and get the regular one now, for me, and then wait and get the kid one for Alli.  I don't know.  I'm conflicted.  Hmmmmm.  What to do, what to do?!  I'd better hurry up and figure it out, because her birthday is right around the corner!
~Lori﻿
Pin It
Posted by Rebecca and Lori at 7:04 AM

Email ThisBlogThis!Share to TwitterShare to FacebookShare to Pinterest
Labels: Anthropologie, books, journal, Q A a Day