Sherlock and the Cape

While I would say, yes, I am a Downton Abbey fan I've been a bit less interested this season than in past seasons.  Last Sunday's episode was good but I have found myself far more interested in the show that comes on after Downton Abbey.  BBC's Sherlock.  Lori mentioned a few times that it's good, so my husband and I caught up on the first few seasons via Netflix and we are addicted!  The acting is great and I love that they didn't try to make this one a period drama--they have done enough of those Sherlock Holmes versions, but they are true to the spirit of the original books written by Arthur Conan Doyle.  Since it is not set in the 1800's they wisely gave up the traditional cape and hat that Sherlock usual dons.  Well, that's not totally true.  They do let him wear the hat now and again.  I love that nod to previous Sherlocks.  Oh, and he still plays a violin. Yes!
I still can't separate the character of Sherlock Holmes, in my brain, from his cape and hat attire and I'm guessing neither can many others; yet, The cape is undeniable chic when paired in such a way that the wearer in no way resembles the stereotypic Mr. Holmes.

via
Isn't the above image the one you picture when you think of Sherlock Holmes? 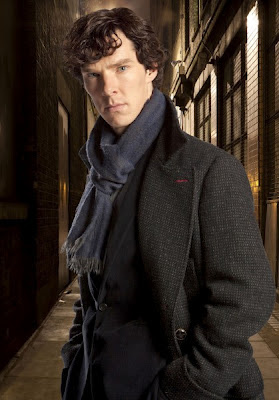 eyeris.blogspot.com
Benedict Cumberbatch is what we can look forward to now!  We can take back the cape, ladies, and we are sacrificing nothing.  Don't you agree?! 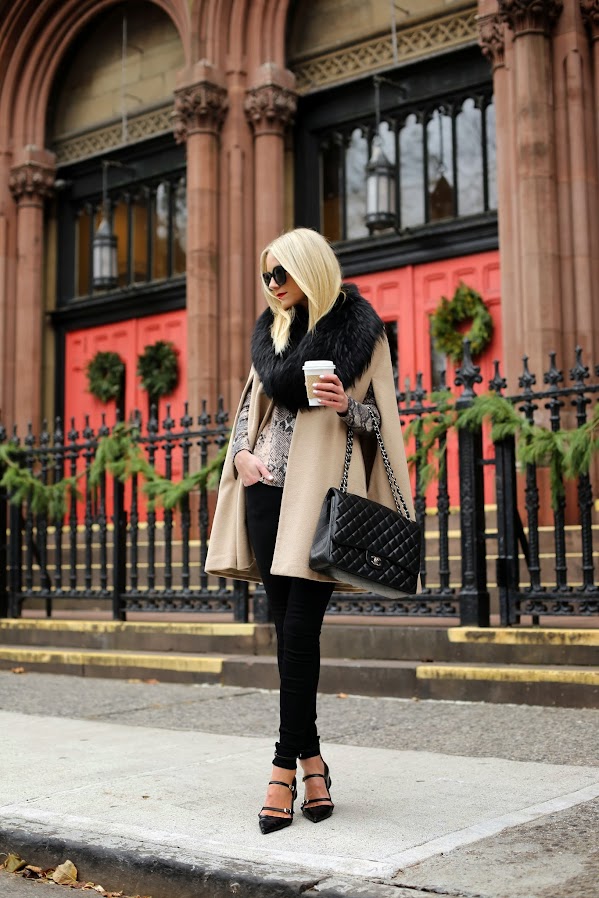 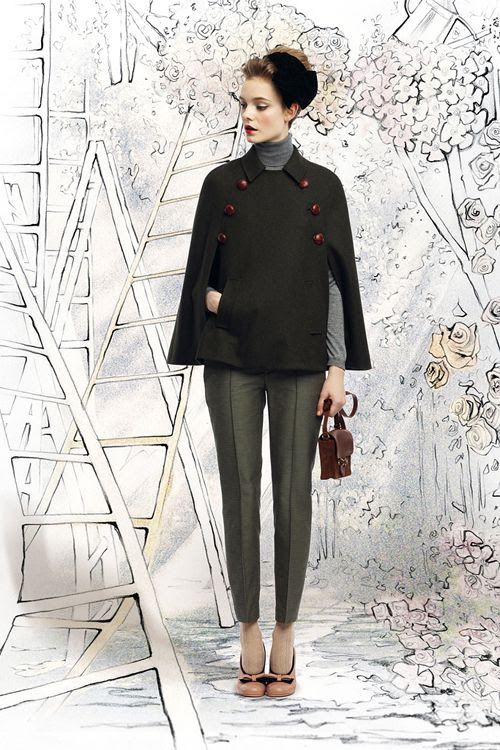 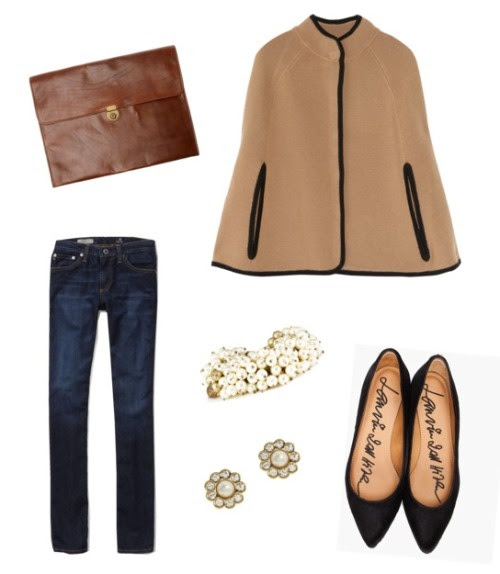 pinterest.com
If you haven't already seen it I urge you to give Sherlock a try!  Also, give the cape another look.  I know I am.

Pin It
Posted by Rebecca and Lori at 6:31 AM