It is no secret that I adore clothes.  So does Rebecca.  That is a large part of why we started this blog.  We both always have our eyes out for new and interesting looks to fall in love with.  Not just for ourselves, though, for our children, too.  We both believe that fashion can, should, and does extend to the younger set.  So does Babiekins Magazine.  Their tag line is "For the trendsetting child."  How perfect is that?!  I remember about a year, two years ago maybe, when Lucky magazine announced that they were releasing a magazine for kids' fashion.  Both the Cat and I were super excited, and when the first issue came out, it did not disappoint.  The subsequent issue (issues?) just weren't the same, however.  They didn't continue on in the vein that the premier issue had; they didn't even continue a to-be-continued story from the first magazine.  The Cat and I were both sad about that.
But.  Babiekins magazine fills the void that Lucky Kids left. 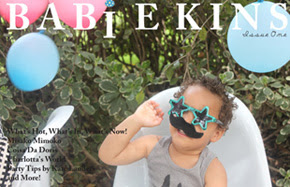 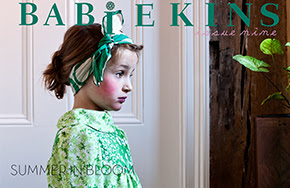 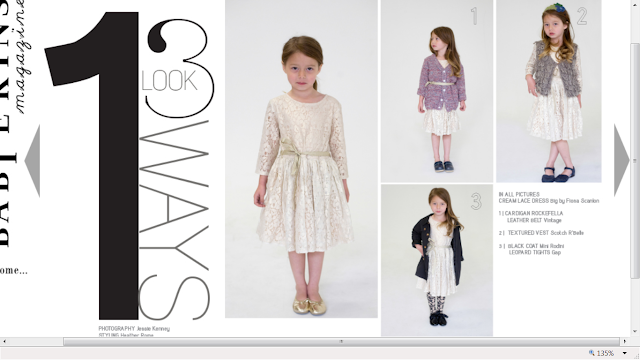 One look, three ways?  How very grown up magazine of  you, Babiekins. 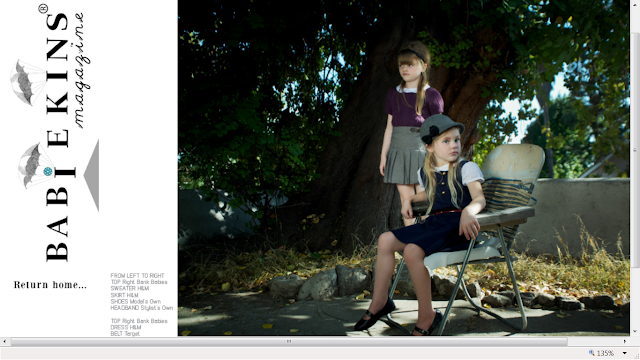 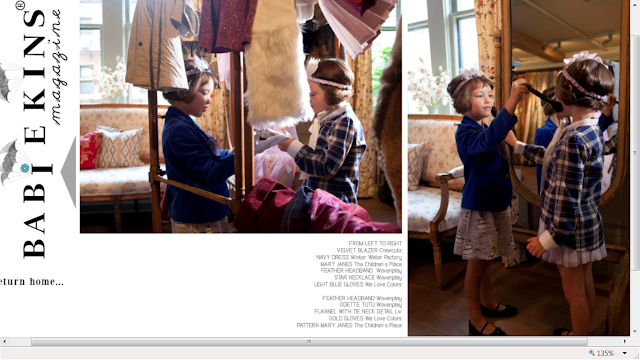 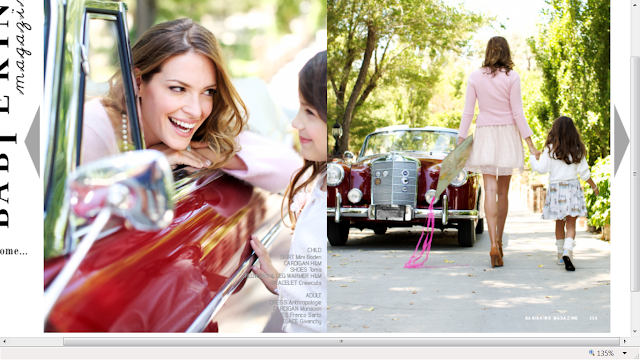 Super cute clothes, links, and editorials for the little Mini-Me in your life!
~Lori
Pin It
Posted by Rebecca and Lori at 6:55 AM